PixelEngine is a graphic engine for rendering turn-based pixel games. 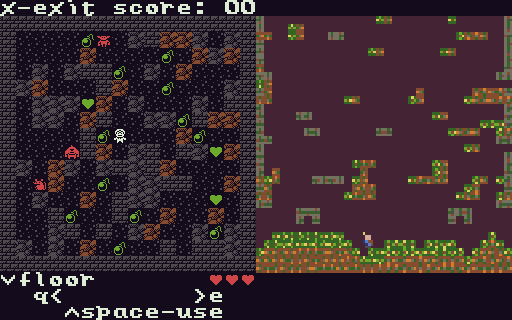 Games made with this Engine

If you have created a game with this engine, please let me know.

Should I use this Package?

This package follows a few philosophies:

When to use it:

When not to use it:

I had just watched a talk about the time-travel debugger of Elm. So I wanted to test it out for my next project: A little game.

The graphics engines that I could choose from where

Both used a loop to draw animations and therefore did not support time travelling and besides elmo-8 couldn't even render pixel graphics properly.

So I decided to try something different and to use HTML and CSS instead of WebGL. This way I could let CSS handle the animations. I knew that my little project was not a universal game engine, but for very specific games it might be just right.